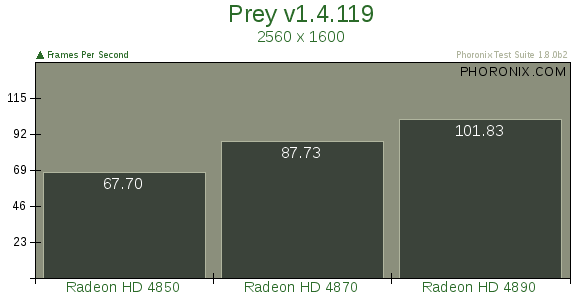 Prey has been around on Windows for years, but it was only last year that the Linux client was released. Prey uses the id Tech 4 engine with some modifications and is one of the more demanding Linux-native games. The ASUS Radeon HD 4890 at stock speeds ended up being 16% faster than the Radeon HD 4870. 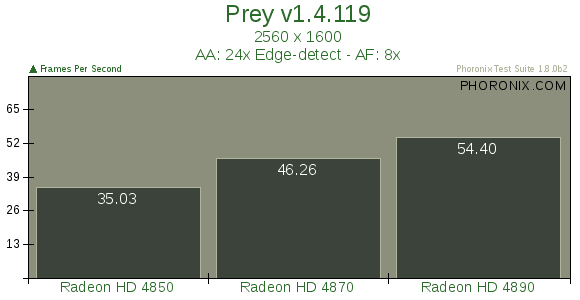 We ran Prey again at 2560 x 1600, but this time enabled 24x edge-detect anti-aliasing and 8x anisotropic filtering through the AMD Catalyst Control Center. When stepping up the AA/AF, the Radeon HD 4890 ran 18% faster than the Radeon HD 4870.