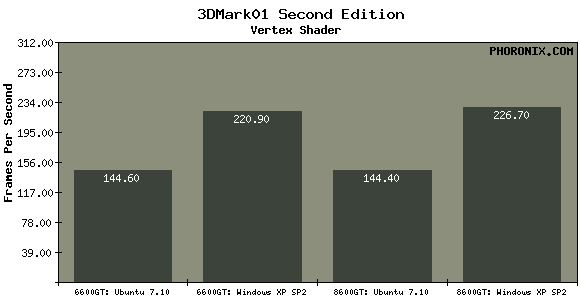 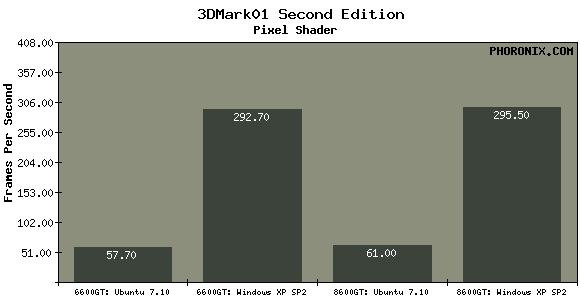 Build 3.6.0 of Futuremark's 3DMark03 was used during testing. 3DMark03 is marketed to Windows users as a DirectX 9.0a benchmark with support for four new 3D game tests, image quality tests, CPU tests, and more. 3DMark03 was used with the default settings of a 1024 x 768 resolution, no pixel processing, optimal texture filtering, 4 max anisotropy, and optimal vertex shaders. The tests we had used here were Wings of Fury, Battle of Proxycon, Troll's Lair, CPU Test 1, Multi-Texturing Fill Rate, and Ragtroll.